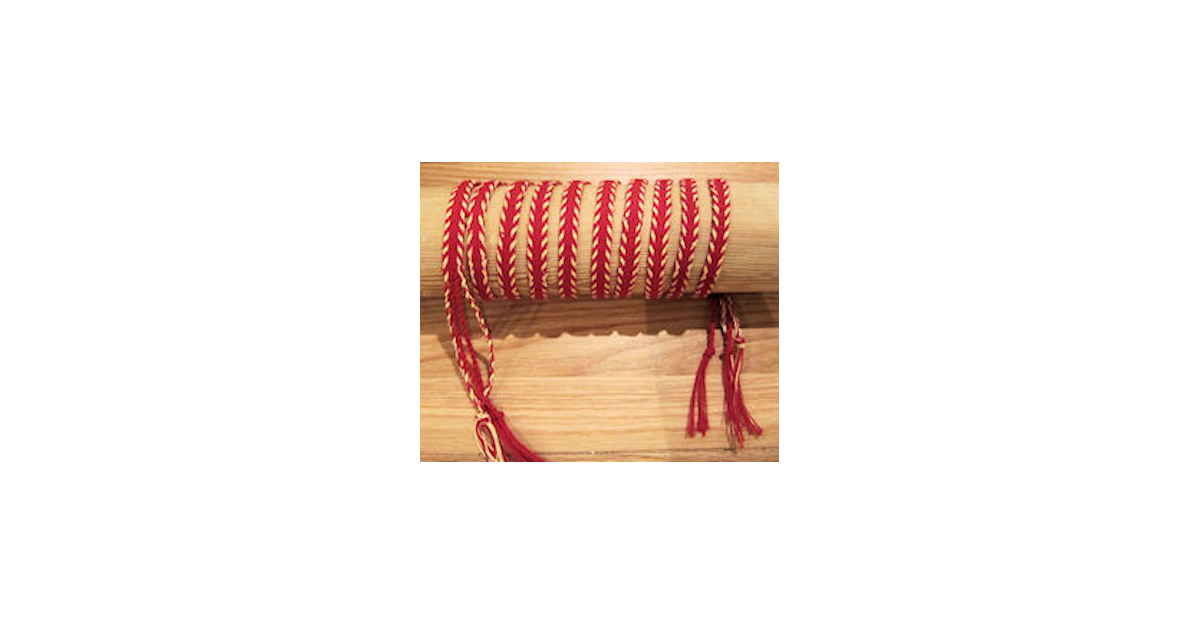 I have woven on large multishaft looms for many years, but have not had the chance to study the smaller versions of our weaving craft in much detail until now.

Currently my big loom is tied up with another rya rug that will take several weeks to complete. I thought that I would explore the world of smaller, more portable weaving structures.

The weaving of narrow belts or braids has been popular in many countries for centuries. Different parts of Finland and Scandinavia were known for using different weave structures, patterns and colours. The belts were twined or were woven using cards (lautanauha) or a narrow reed (pirtanauha).

Another popular belt weaving technique was to use a small weaving reed. The reeds were similar to those we now use on a rigid heddle loom. Some also had an extra hole or slot for the pattern threads.
The reeds were often made by a groom for a gift for his bride. The reeds were carved of reindeer bone or wood.

The woven belts had many uses. They were worn as decoration around the waist, around socks to hold them up, as hair ties, or as decoration around the neck and sleeves of garments.
In Finland it was often customary for the bride to weave several belts and to wear them as part of her wedding costume. After the wedding, she would give these belts as gifts to members of the wedding party, or to other family members.

As I work my way through this study of traditional band weaving, I will post patterns and the finished products of what I have been weaving. I hope that you will find this useful and that it may also lead you on to new discoveries.

Card or Tablet Weaving
FI – Lautanauha
There are many wonderful resources and instructions on how to do tablet weaving available, so I won’t go into details here.
The pattern shown is read from the top to the bottom, and left to right, with 1 line representing the threading for each card. The S or Z marking denotes whether the yarn is threaded from the left (S) or from the right (Z). Remember to thread all the yarns on the same card from the same direction, or you won’t be able to turn the card.

The pattern is woven by turning all of the cards 1/4 turn clockwise (away from you). Throw the weft thread through the shed, Turn the card another quarter turn clockwise. Repeat until you have made 4 turns of the cards.
Continue to weave the pattern repeats.

As you continue to weave and turn the cards in the same direction, eventually the warp yarns at the back of the cards will get twisted and you won’t be able to weave any further. At this point, you will need to change the direction of the turning of the cards. i.e. Turn the cards anti-clockwise (towards) from you.
You can also vary the pattern by alternating the card turns clockwise/anticlockwise more often, creating a mirror image of the design.

My first card weaving project was woven using Finnish seine twine cotton yarn. I used a 3 yard warp length, and wove the weft using the same weight of yarn.
If you would like to weave a thicker and wider belt, then you can use a heavier weight of yarn, in wool, cotton or whatever yarns you may have on hand.