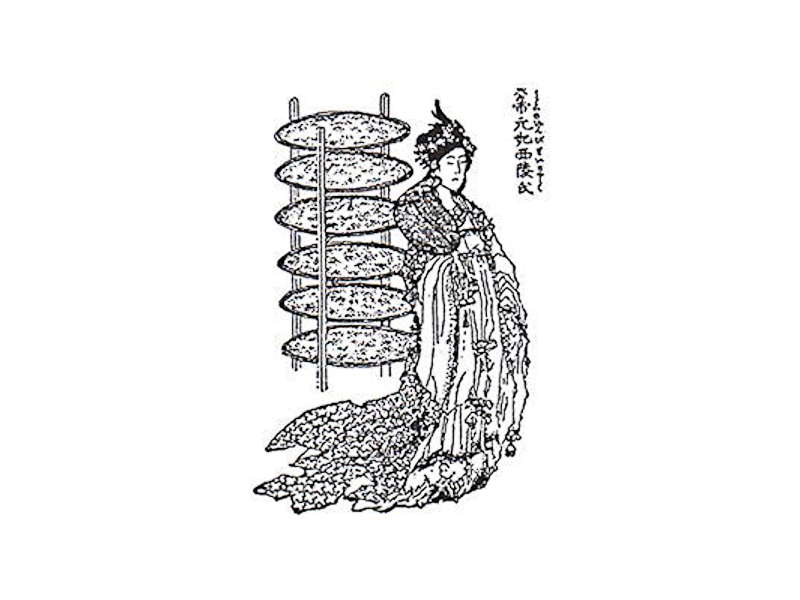 “Chinese legend gives the title Goddess of Silk to Lady Hsi-Ling-Shih, wife of the mythical Yellow Emperor, who was said to have ruled China in about 3000 BC. She is credited with the introduction of silkworm rearing and the invention of the loom”

The emperor Huang-Ti ordered his wife Hsi-Ling-Shi to investigate what was eating the leaves on his mulberry trees. She found white worms that spin shiny cocoons. According to the story, she accidentally dropped one of these cocoons into her hot tea and a delicate filament separated itself. She drew it out, unwinding a long single strand. Hsi-Ling-Shi had discovered silk.

The Practical Spinner’s Guide – Silk
Spider Silk: Evolution and 400 Million Years of Spinning, Waiting, Snagging, and Mating- US Treasures from the Sea: Purple Dye and Sea Silk- US