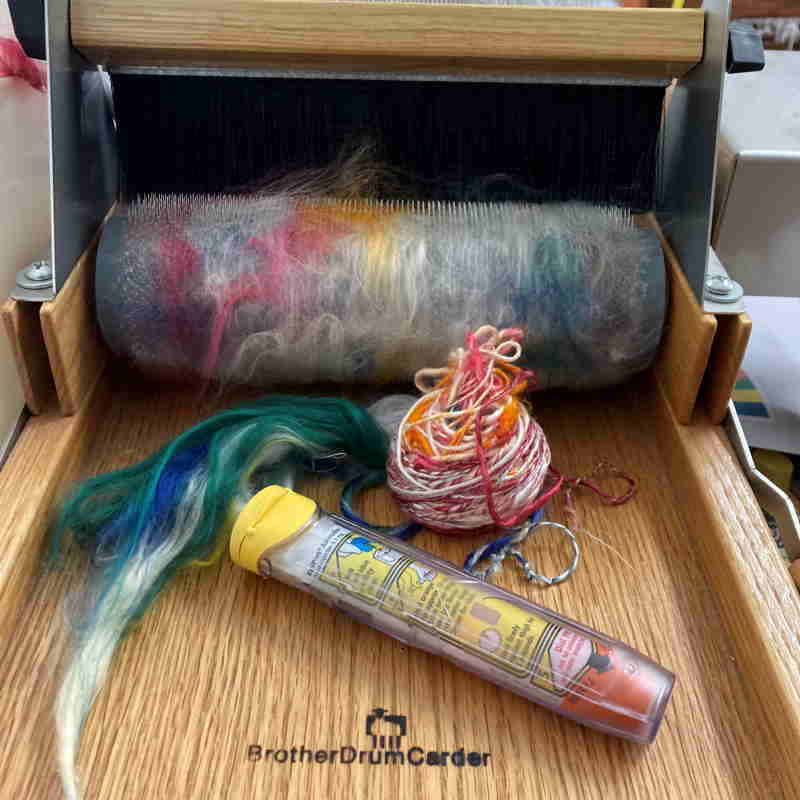 I have been an advocate of some of the new vegan-based fibres that have come onto the market in the past few years, and learned to spin with them and also sell the fibres – Spin Flora. Recently, however, I developed a sudden allergy to bamboo. So I have now done a bit of research about bamboo and have some concerns.

A few months ago I thought I would spin a few ounces of bamboo that I could use as weft for a short piece of weaving I was working on. I spun the bamboo fibre for about 10 minutes and started to sneeze and my eyes watered. I stopped spinning and went back into the house. I felt like I had a cold coming on (worrying that it might be the dreaded Covid as well). I felt unwell all day and went to bed early that evening. Around 11 pm I woke up with my hands itchy and burning.

I had a bad reaction a few weeks earlier to some new perfume I received as a Christmas gift. I had a similar reaction when I first used it, runny nose, wheezing, itching and burning in my hands and feet. I took some antihistamines, thinking that this might be an anaphylactic reaction (though I had never had such a thing before). I have had allergy sensitivities most of my life, hay fever etc. But this reaction felt more serious. I took some antihistamines and scrubbed my skin in cold water for several minutes, trying frantically to remove the irritant. Luckily the antihistamines kicked in and I was ok.

A few days later, once I was able to see my GP, I was given an epi pen and boxes of antihistamines. My GP advised me that my immune system has gotten a bit confused. (I do wonder why this has suddenly occurred). I now have IGE antibodies and have to be careful of any allergic reactions as I could develop anaphylactic episodes at any time. The GP said that my immune system antibodies don’t know what is good and bad and can start to react to any substance that it isn’t sure is safe or harmful. So I now carry an epi pen wherever I go, and take an antihistamine before bedtime, in case I start to have a reaction during the night, to something I have been in contact with even substances that I have used before and am familiar with (I used to spin a lot of bamboo and I have used the same perfumes before).

Is Bamboo a Good Thing?

Since this new bamboo allergy started, I began to research more about bamboo. Do you know how difficult it is to now find paper products(Kleenex, toilet tissues etc) that don’t contain bamboo? Bamboo is considered to be hypo-allergenic and eco friendly. I think sometimes this is not the case for some individuals. Much of my clothing also contained bamboo (socks, T-shirts, dresses etc) I have had to discard much of my wardrobe. Only cotton, linen and wool in my closets now.

We planted a few bamboo plants in our garden a few years ago. The bamboo grows rapidly and is starting to take over the small corner where it was planted. Bamboo can quickly grow out of control and spread to neighbouring gardens as it can have an extensive rhizome root system.
Bamboo Control

Further research led me to discover that bamboo contains cyanide. Different species of bamboo have varying amounts. Bamboo shoots are edible to humans once the cyanide has been removed by cooking.
I also wonder about the long-term effect of the expanding growth of bamboo forests on our planet.

After this bamboo fibre experience, I have given up with bamboo and other man-made fibres. The bags of bamboo went into the bin. For me, using bamboo products aren’t worth the risk.