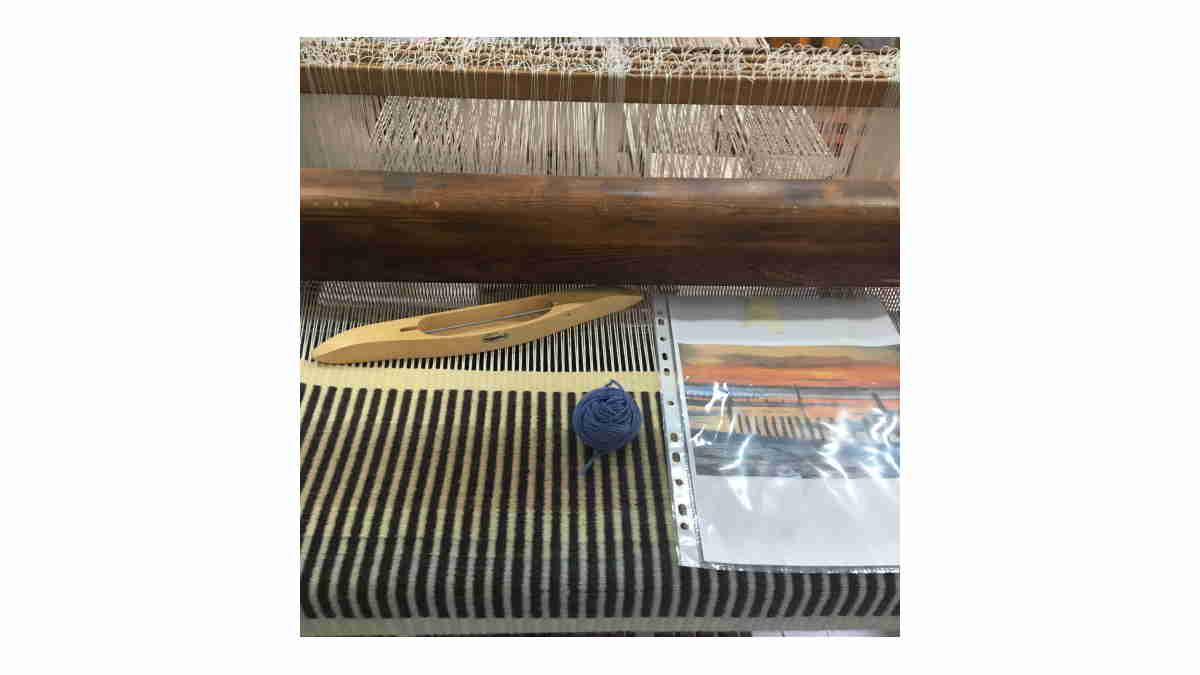 The earliest Raanu weavings date back to the 1600’s. The Saami wove Raanu (Rátnu, Rádno, Grene) and used them as wall coverings in their tents and sod huts. At first glance, a Raanu may look like a random selection of woven yarns. However, the design and colours of the Raanu were carefully chosen by the weaver. The colours depicted the shades of the landscape scenes around them and brought some colour of the outdoors into their homes during the dark and long winter nights. A Raanu captures a moment in time, much like a photograph: the colours of the scenery or landscape, the moonlit sky shimmering over the snow. The sunlight shining through the clouds, the sea, the forest, the hills, the grassy fields

Raanu were also woven in many parts of Finland. In the 1960-70’s Raanu again became popular, using modern bright colours and were displayed on the walls of many Finnish and Scandinavian homes.

A Raanu rug was traditionally a flat weave weft faced handwoven wall hanging that was sometimes also used as a bed covering. The warp is made of cotton rug yarn or sometimes linen yarn, and the weft is woven of multicoloured fine wool yarns, often a single ply. The weave structure is a repp weave and the weft is beaten down firmly so that the warp yarns are fully covered.

I thought that I would weave a Raanu based on one of my favourite places in the UK, West Wittering Beach. The photo is by Robert Lane

I am weaving this Raanu with yarns that I have dyed with natural dyes. The dyes I have used are:
Indigo, Logwood, Madder Root, Brazilwood, Alkanet Root, Indian Barberry, Flame of the Forest.