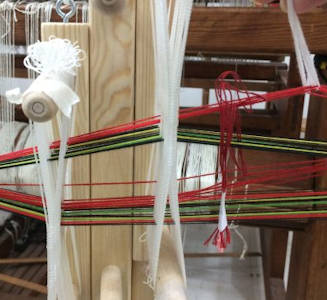 How to Weave Pickup on a Band Loom

Further to my previous article about weaving pickup on a band loom, there is a quicker method that you can use. Previously, I had woven the pickup by individually picking up each pattern thread by hand. This method works but it is slow and is prone to errors, as it takes a lot of concentration to correctly pick up the pattern thread by thread. 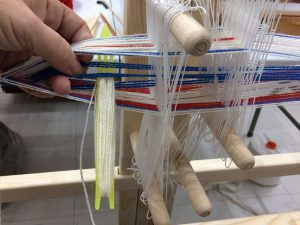 The threading of the loom is done in the same way as I previously described. The ground warp is threaded through the 2 sets of heddles. The thicker pattern thread is not, so that it floats freely in the centre between the 2 ground warp threads.

The pattern threads can be set up for easy pickup by adding ties to the warp behind the heddles. Each warp thread that is to be picked up on a row has a corresponding pickup tie. All of the threads that are to be picked up on that row are then grouped together and numbered, so that it makes it easy to pull up on the threads as you weave. This is much like tying up the pedals on a jack or countermarche loom, or setting up the pattern sequence on a drawloom. 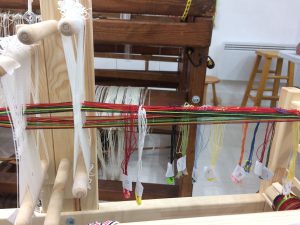 When setting up the loom it is necessary to analyze the pattern draft to determine the pattern sequence that is repeated. Each pattern pickup row is then raised in order of the pattern.

In order to tie the pickup threads, the pattern must be analyzed to determine how the pattern repeats.

The first one row picks up Pattern thread No. 1 and No. 7 – so tie thread loops around those 2 threads – and tape them together and Label as No. 1. To help me distinguish which row is what, I also use a different coloured pickup thread for each row.

And so on until you have set up the 6 Pattern groups.

In this pattern, the pickup threads are the same, but the weaving sequence reverses going from 1 to 6, and back to 1.

I work from the side of the loom, so that I can easily reach both the front of the warp and the back, behind the heddles.
I use a small net shuttle to hold my yarn, so that my right hand is free to pickup the pattern groups. The small netting shuttle also acts as the beater for the weft. The shuttle is light weight so that when it drops, which it often does, it doesn’t put a lot of strain on the band, and the weft yarn doesn’t unravel and go all over the floor.

To weave the pickup, press on one of the foot pedals to raise the shaft.
All of the pattern threads should be floating in the centre, between the open shed.
With my right hand, I pull up on the first pattern group, No. 1. This raises only those pattern warp threads. Pass the shuttle through, under the raised pattern threads and the top ground threads. 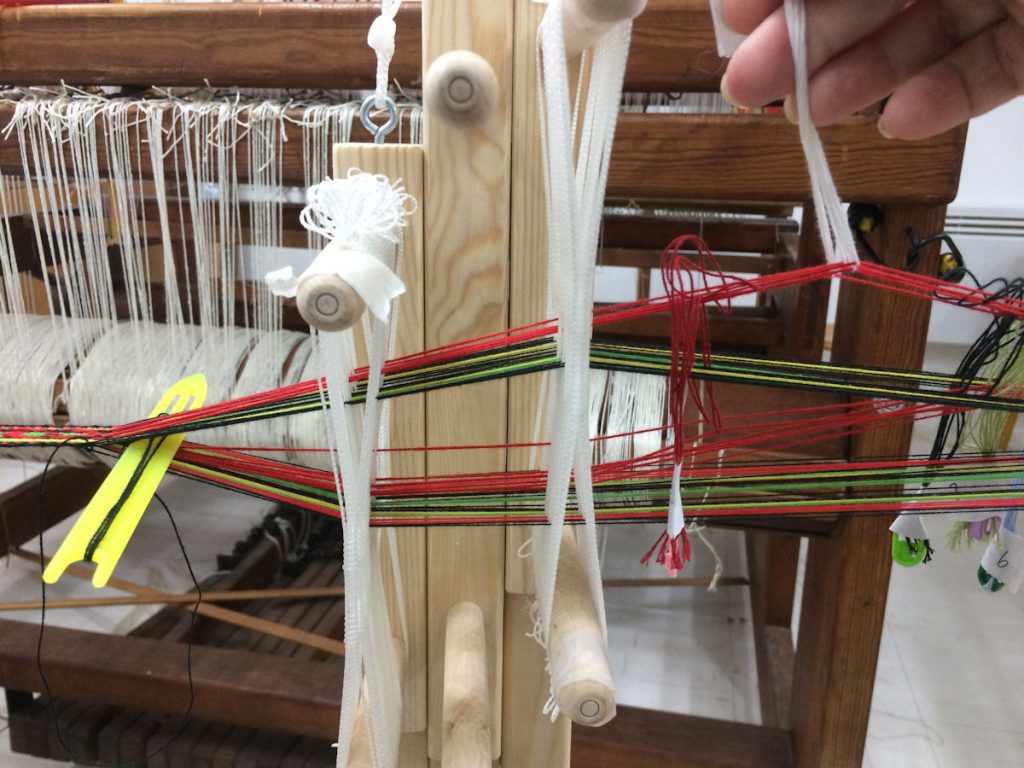 After you have cleared the shed, with your right hand, pick up the next pattern group and pass the shuttle through the raised pattern and ground threads.
As I work my way through picking up the pattern groups, I move them to the back of the loom, and then to the front again as I reverse direction. This helps me keep track of where I am, should I get interrupted. 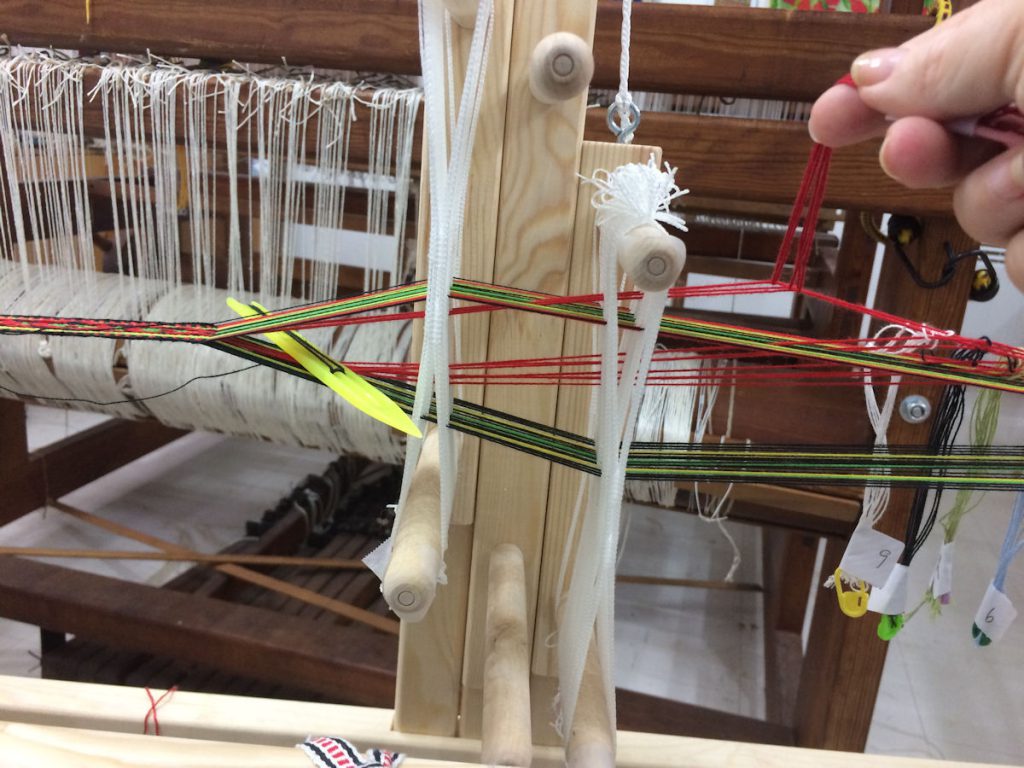 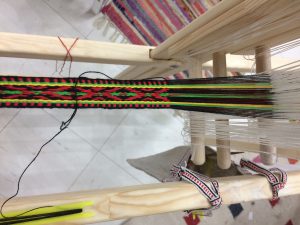 Etsy
Look for handwoven bands and belts in my PaivatarYarns Etsy Shop.