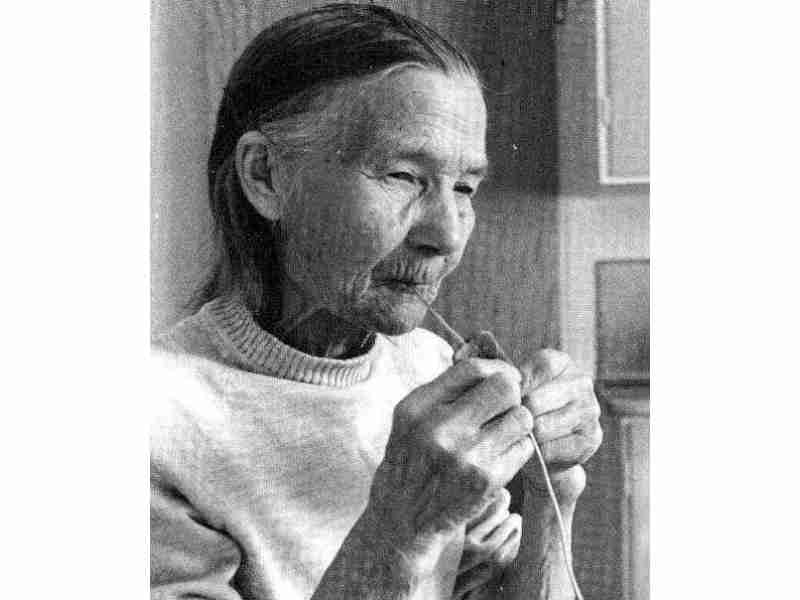 The Saami Art of Tin Thread Spinning
Tugging on a bit of pewter thread has led me down a new path of unraveling some of the intricately beautiful textile crafts of my ancestors.

The first use of pewter dates back to the Bronze Age. Pewter was used by the Egyptians and later the Romans, and came into use in Europe for tableware and jewellery from the Middle Ages.

Pewter is a malleable metal alloy, traditionally 85–99% tin, with the remainder consisting of copper, antimony, bismuth and sometimes, less commonly today, lead. Silver is also sometimes used. Copper and antimony act as hardeners while lead is common in the lower grades of pewter, which have a bluish tint.
Wikipedia – Pewter

Although pewter was an alloy of tin and other metals such as lead, in modern day pewter or tin thread, heavy metals are no longer used. Silver is added to stabilize the tin instead.

Thread spun from metals such as gold and silver have been found in Viking age textiles in sites such as Birka. Pewter or tin could also be spun into thread and used for the making of jewellery or decoration for clothing. Pewter became known as the poor man’s silver. It is thought that the use of pewter thread has only been produced by the Saami. Earliest evidence of the use pewter thread has been found in Saami textiles from the 1600’s, though fragments of pewter have been found 500 years earlier.

The tools for making pewter or tin thread are a die made from reindeer antlers and a spindle. The die is carved from a reindeer antler and has as many as 60 different sized holes drilled into it. The tin is dragged through the successively smaller holes until a fine tin thread is produced.

Die made of reindeer antler, used for dragging and making tin thread and Spindle for spinning the tin thread.