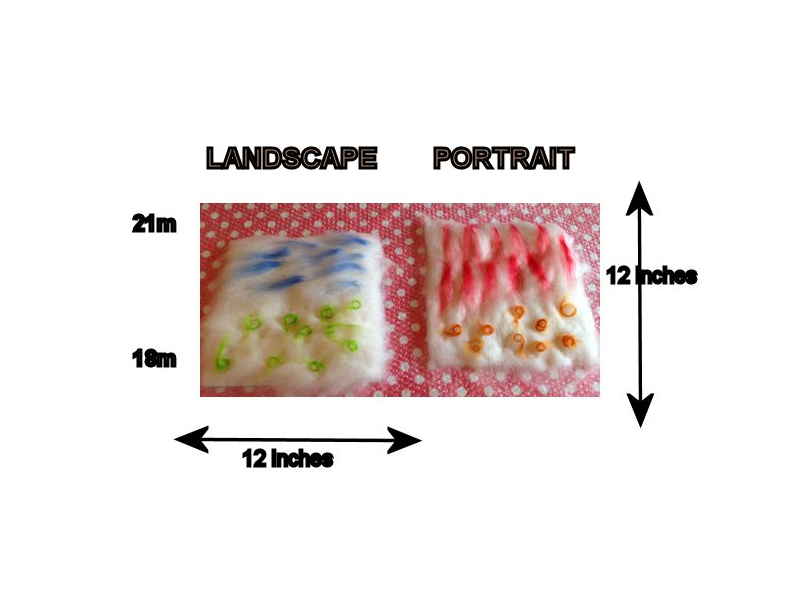 How Much Does Wool Shrink

Felting – How Much Does Wool Shrink

A common question that felters have is how much does wool shrink when felting. It can depend on a lot of factors such as the type and fineness of the wool, what direction you have laid the fibres, what direction you roll the wool while felting, what temperature of water you used, etc. The best way to find out is to do a sample before you begin your project.

In this example, I have used both 21 micron and 18 micron merino wool tops. I started by laying out 2 sets of 12 inch x 12 inch squares. I wanted to see if the direction of the wool layout made a difference in the amount of shrinkage.
For each sample I laid out 3 layers of merino wool.

Felt Sample 1 – Landscape
For the sample on the Left (Blue) I first laid out a thin layer of wool, laying the fibre from left to right (Landscape)
The second layer was in the opposite direction: Top to Bottom (Portrait)
The third layer was again in Landscape (Left to Right)
So in this sample there were more layers of wool in Landscape direction, wool laying across the fabric.

I rolled and felted both samples at the same time so each had the same amount of felting. I rolled the samples in bubble wrap about 10 times, then opened the package, turned each sample 1/4 turn to the right and rolled again another 10 times. I repeated the rolling and turning of the samples until they felted.

Felting with a Washboard
Felt Art: Painting with Wool
Felt a Cat Bed
Felt a Necklace