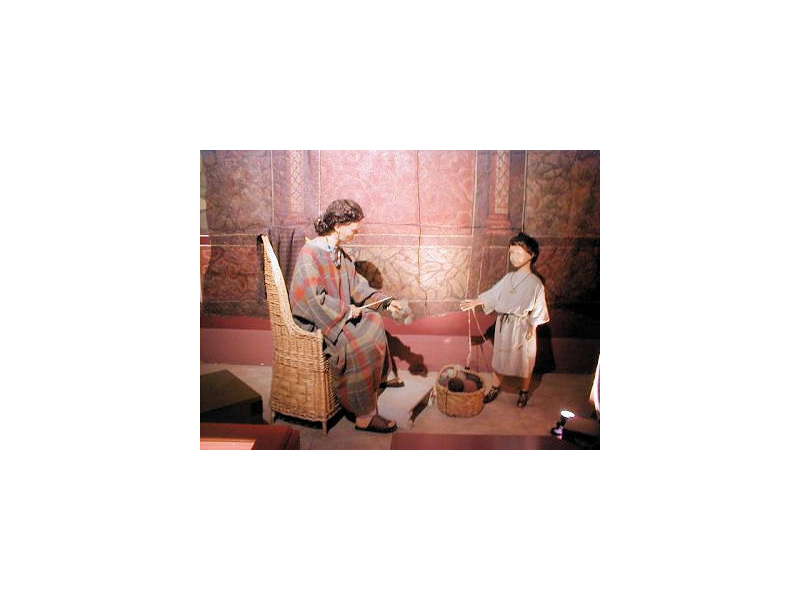 Verulamium was a Roman city near St. Albans. Today, the Verulamium museum has an impressive collection of artifacts found in the area, including many spinning and weaving tools.
Excavations at Folly Lane

Verulamium
Verulamium Since the Romans