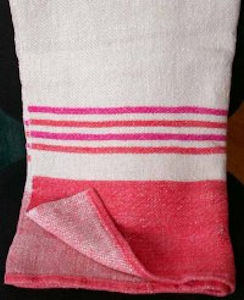 I love linen. Here are a few photos of some fabulous handwoven linen towels that were recently sent to me by Maureen. 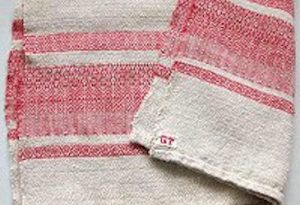 Woven by Grace Tonseth, a 14 year-old girl living and being homeschooled on a farm in eastern Washington. She also raises sheep, sheers them, cards, spins and weaves the wool and sews her own clothes!
EBAY SHOPPING PAIVATAR YARNS Paivatar Yarns on EBAY Shop for roving, yarns, dyes and other craft supplies.