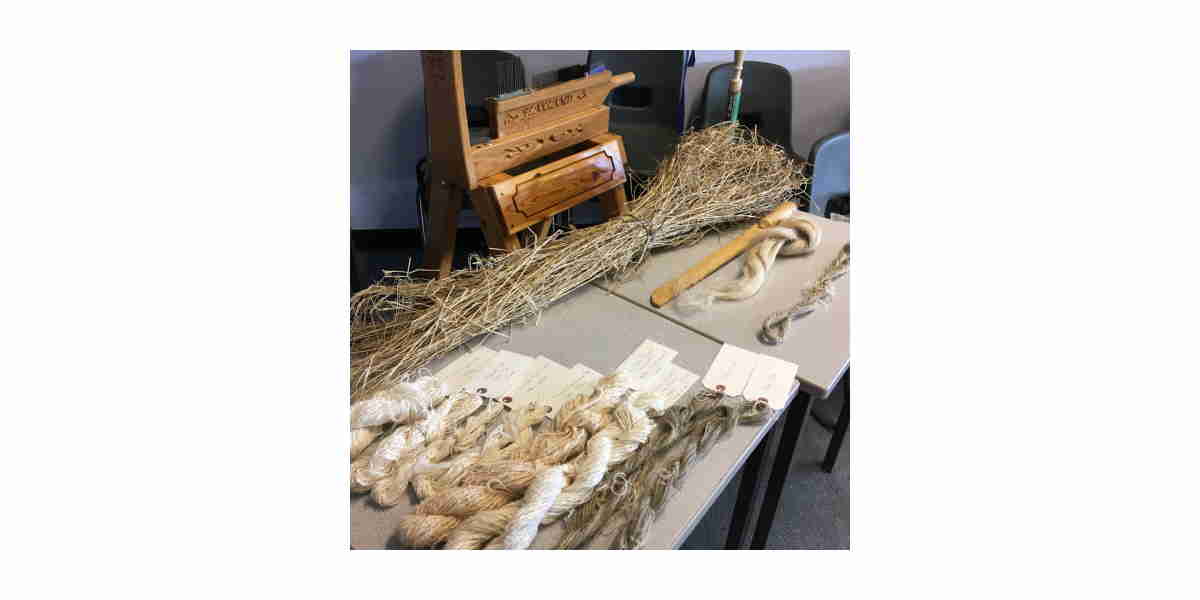 Of all natural fibres available, I think flax qualifies as truly a miracle fibre. It is environmentally friendly and is a renewable resource. All of the plant can be used. The seeds can be eaten or used to produce linseed oil. The fibre is processed into yarn and woven into cloth. The term “linen” is used for products that have been made from flax fibre such as linen fabric or tablecloths.

Flax or linen fibre is strong, absorbs moisture, has no allergenic properties and softens with continued use. It has a wide variety of applications. It is used in clothing, furnishings, household fabrics, water buckets, yarn and rope.

Flax has been grown and used for cloth since 8000 B.C. Textiles found with the Dead Sea scrolls were identified as being linen (flax). The linen textiles found in the Qumran Cave 1 in 1949 were used as scroll wrappers, protective covers for jars and linen cord.

Flax growing was an important industry in Flanders for many centuries until the cotton industry and mechanization provided competition.
Flax is still grown in many parts of the world, such as Ireland, western Europe and Russia.

Photos of linen cloth found in the Qumran Caves, that are thought to be wrappers for some of the Dead Sea scrolls.

From Flower to Textile
The Libeco site describes the process of turning the flax plant into linen fabric.

Here are a few photos of some fabulous linen towels that were recently sent to me by Maureen.

Linen Sauna TowelWoven by an elderly Swedish woman.
Grace’s Towel – Linen SamplerWoven by Grace Tonseth, a 14 year-old girl living and being homeschooled on a farm in eastern Washington. She also raises sheep, sheers them, cards, spins and weaves the wool and sews her own clothes!

I took this flax video during a Spin Flora Workshop that I taught at the AGWSD Summer School 2017. Peter Hoare was kind enough to bring along his flax brake to show us how it is done.