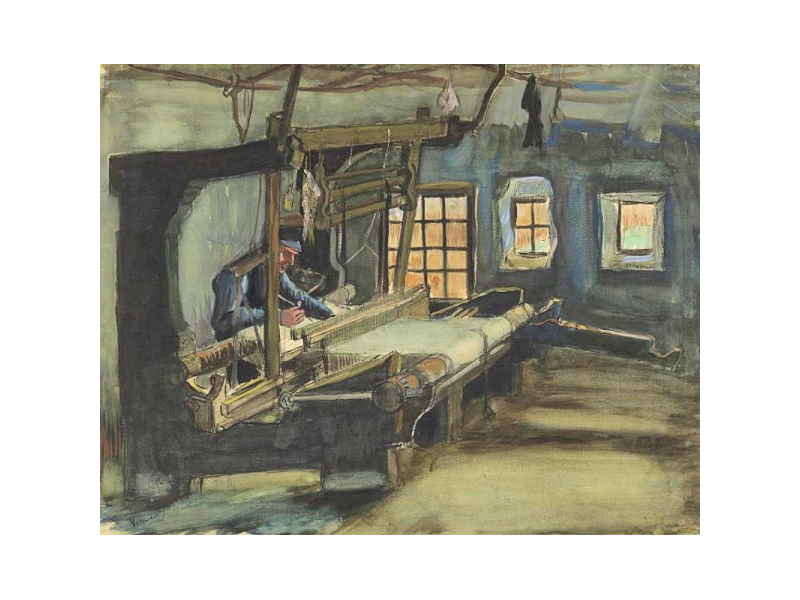 Atayal
Kathleen Forance Johnson tells of her experiences with the Atayal weavers of Taiwan.

Cedar Bark Weaving
The cedar tree provided dye, clothing, and shelter to the First Nations peoples of the Pacific northwest.

Japanese Paper Weaving
The Japanese have perfected the art of weaving with paper, in the techniques of Shifu
and Saga Nishiki.

Karelian Basketry
The making of Karelian birch baskets, naalbinding, felting and other traditional crafts were part of an EU project, Handiscola.

Looms
Looms have been used for centuries to create the cloth that we wear.

The Horse Song
A Navajo rug woven by Roy Kady.

Persian Carpets
Some of the oldest known Persian carpets date back to the 7th Century.

Rya – A Brief History
A short history of the rya in Scandinavia.

The Japanese Kimono
From hemp to silk, the kimono has a long tradition in Japan.

V-Neck Shaping
I tried to shape a V-neck on the loom, based on a sample I found at the British Museum. Here’s how

Verulamium
A visit to Verulamium to see ancient Roman spindles, artifacts and other archaeological textile finds.

Viking Textiles
Not all Viking textiles were “rough sack-cloth”, rather they were influenced by the many cultures in which they travelled.

Weaving in Ireland
A quick visit to handweavers and mills in Ireland.

Salish Blankets
The Salish were known as the weavers of the Pacific northwest.

Woolly Dogs
Eflower describes her research into the wool dogs of First Nations people of the Pacific northwest.

Woven Coverlets
Woven coverlets were popular in the 19th Century.

Swedish Textile Art
Textile art of Scania is known for its small textile panels made for wedding ceremonies, using an interlocked tapestry technique known as r–lakan and dovetail tapestry known as flamskvav.

Textile Dictionary
Not sure what the word for hemp is in Italian? Check this on-line dictionary for English, German, French and Italian translations.

Rio Grande Weaving Tradition
The Anasazi people settled the Rio Grande area as early as 1300 A.D. They used 3 types of looms, backstrap, horizontal and ground looms for their unique style of textiles.

Turkish Carpets
This site presents an overview of Turkish carpets and kilims. How they are produced, history, functions and some of their regional differences.

Essence of Chilkat Weaving
“The essence of Chilkat weaving is purity.” A weaver is an interpreter who produces a gateway for later generations to access time. Chilkat robes represent a union of the forest, mountains and the cosmology the heart of the culture.

History and Definitions List
Definitions of some Persian carpet weaving terms, by a collector of oriental rugs.

Wrapped in Pride
A Kente cloth exhibit, from weaving the strips to making and wearing the Kente robes.