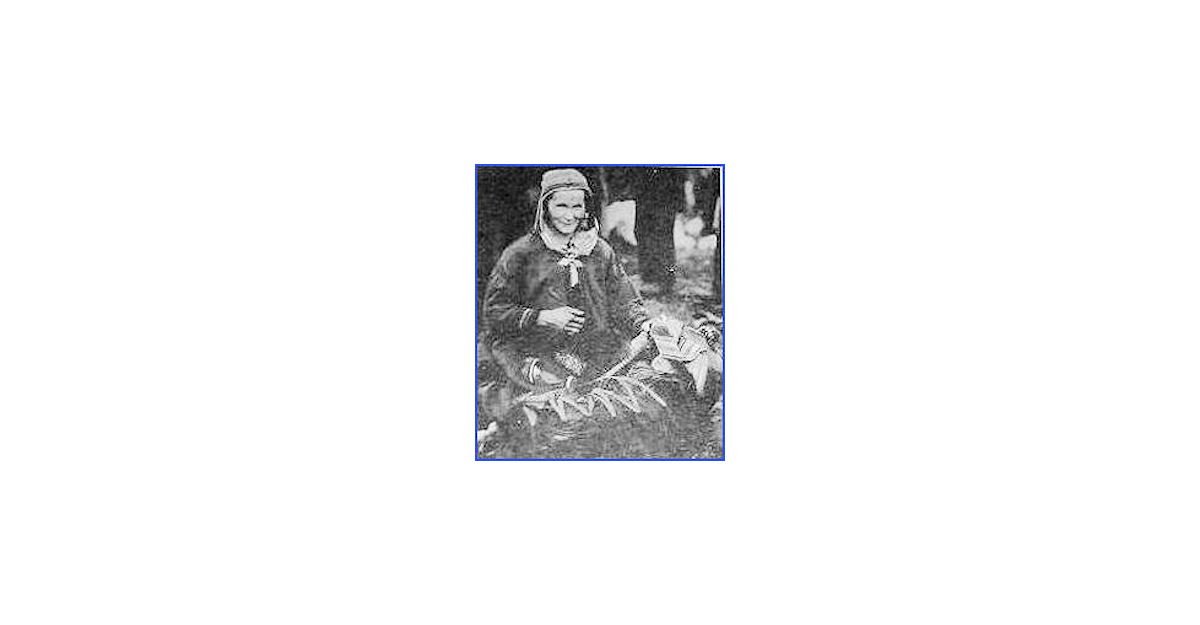 The Saami
The Saami (Lapps) are known as the people of the sun and the wind. They are a nomadic people of northern Scandinavia and are reindeer herders. Saami ethnic heritage, language, traditional clothing, and handicrafts are distinct from other cultures in Norway, Sweden, Finland or Russia.
Saami Art
The Saami traditionally decorated their tools, clothing and other items of daily life. Clothing was made of reindeer skins and felted wool. Clothing edges were decorated with colorful bandweaving and woven belts.

My Saami Heritage
My grandmother was a Norwegian Saami. Here are some photos that I have of her and my father.

A Norwegian museum exhibits Saami Duojdi handicrafts.
Arctic Norway
A cultural excursion to Norway to visit Saami ‘grene’ weavers. folk museums and travel by riverboats past scenic waterfalls and fjords.
Saami History
Archaeologists have linked the oldest Scandinavian stone age culture, the Komsa to the ancestors of the Saami. Ghengis Khan wrote that the Saami were a nation he would not try to fight again. They didn’t believe in war but were peaceful retreaters and disappeared in times of conflict. They moved their homes and reindeer and adapted to their new natural surroundings.

First the edge is woven on a rigid heddle loom and then the warp is attached to an upright warp weighted loom.

How to Sew a Sami Bracelet
Sami Grene Blanket with a Bandwoven Edge Finish
What is Sami Duodji
Saami Double Heddle Loom
The colourful Saami bands are woven on a rigid heddle that has an extra hole for the coloured pattern yarn.

Saami Books and Music
Lapps and Labyrinths: Saami Prehistory, Colonization, and Cultural Resilience
God Wears Many Skins: Myth And Folklore Of The Sami People
This poem records the creation story of the Sami, a nomadic people of Northern Europe, and then retells several Scandinavian folk-tales derived from their playfully animistic world view.
UK: God Wears Many Skins