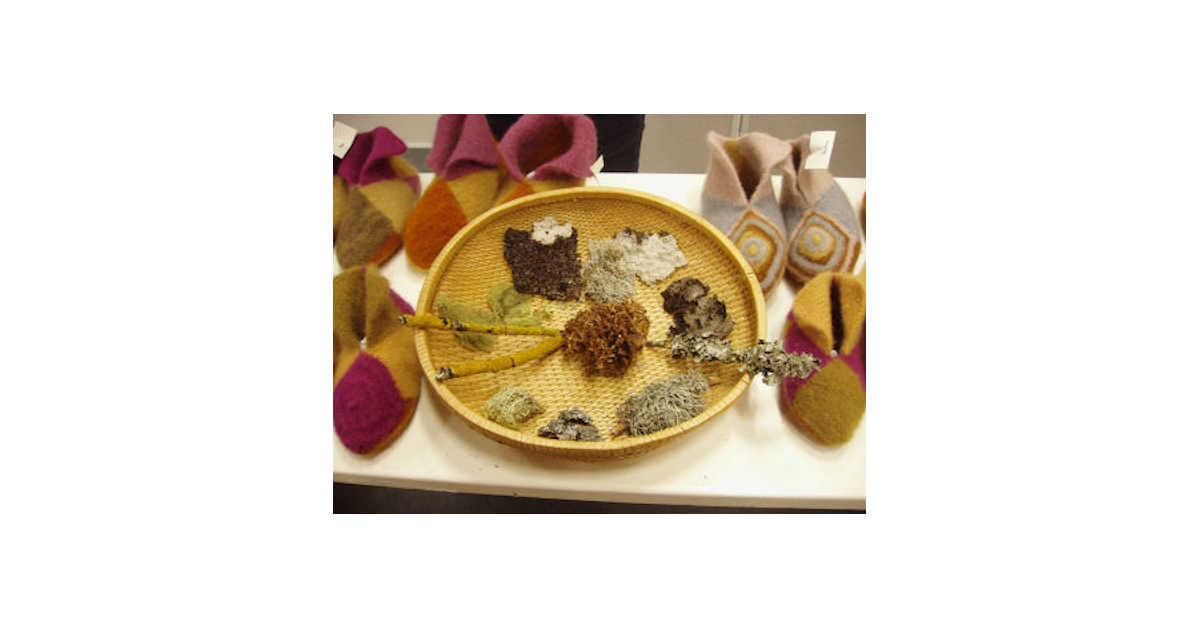 Lichens are a fungus that have developed a symbiotic relationship with algae. There are 15,000 to 20,000 species of lichen that can be found throughout the world. Lichens are estimated to be the dominant vegetation on 8% of the earth’s surface.

Their tolerance of environmental extremes enable them to colonize unfavourable habitats. They are drought resistant and can be found in many unusual places, inside rocks, on backs of weevils, on trees or on sun-bleached animal skulls. Lichen are intolerant of atmospheric pollution, however, so are a good indicator of air quality. The distribution of lichen can be mapped and used to detect changes in air pollution in industrialized areas.

Lichen are a source of food mammalian grazers such as reindeer, caribou, mountain sheep and goats and a considered a delicacy in some cultures.. Lichen have been used for medicinal purposes. Lichen are best known as a source of dye, as their coloring agent works well on wool and silk without the use of a mordant. Some lichen are a very slow growing organism. Many take hundreds of years to develop. Care must be taken in picking for dye purposes so that the lichen is able to continue and thrive.

To the ancient Celts, dyeing was a somewhat magical process and was traditionally a woman’s craft. Animal dyestuffs, such as insects or snails were used as well as vegetable dyes, roots, leaves, and flowers. Lichen were gathered during the summer months and dried in the sun. Lichen required no mordant but were fermented with stale urine for several weeks over low heat.

Orchil lichen were often used as the base dye for dyeing wool with the more expensive Tyrian purple, produced by a small gland in shellfish native to the Mediterranean and Atlantic coast.